Borneo is an absolute dream and the only negative thing I can say about our time there is that we regret not spending more time there.  We had planned to spend much more time and for some reason we got there and realized we would have to cut our time short.

It was just poor planning on our part, but it gave us a good taste of what there is on offer there and we have no doubt we will be back.

As you know if you follow along, I am a rainforest jungle junkie. Whenever we get a chance to get out of the city into a forest or jungle I am completely in my element, so you can imagine that visiting the equatorial rainforests of Borneo was a highlight for both of us.

There is just something about the sound of nothing, the sound of distant birds and crashing monkeys that just makes me feel at peace.  Borneo delivered on this aspect.

Top that off with some of the most stunning islands and underwater life we have ever seen and we are raving about this destination. Simply put, we cannot wait to get back and it seems our list of places to revisit in Southeast Asia continues to grow.

Now that I have told you about our new found love I’ll divulge on a couple other things. This island is an adventurers paradise with a variety of things to do on the ground, in the clouds and under the water.

The opportunities are endless if you have the energy. Getting around the country in really easy with efficient bus routes and perfectly scattered airports. Transportation is affordable as well.

There really isn’t a real reason to not come here and just explore all that it has to offer, other than time of course. That will be your only limit. 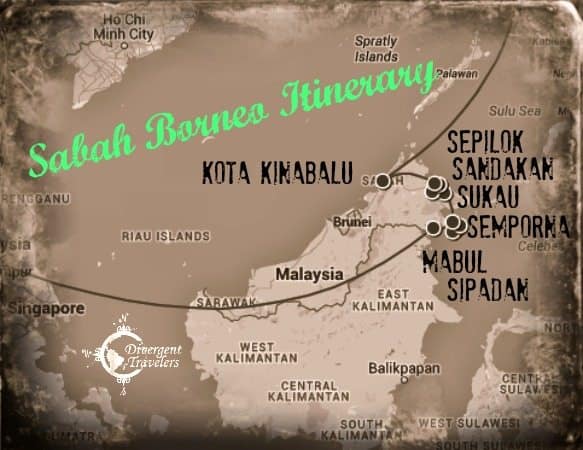 Where Did We Go? 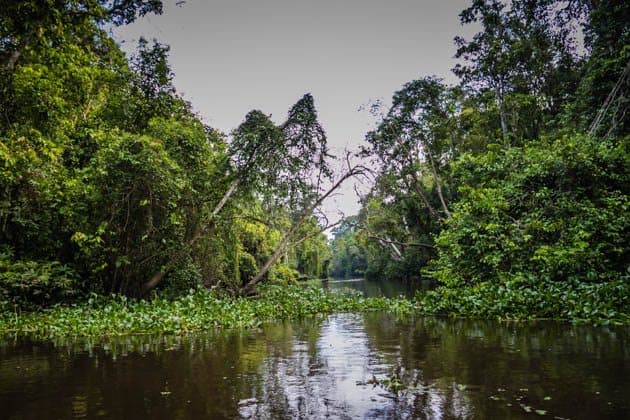 Borneo is stunning and the few parts we saw delivered on all aspects of what we expected. 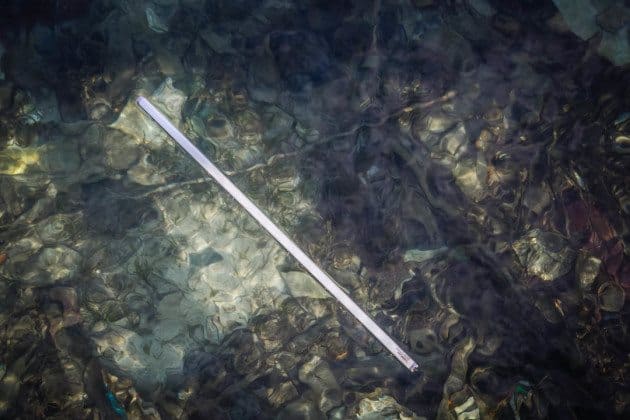 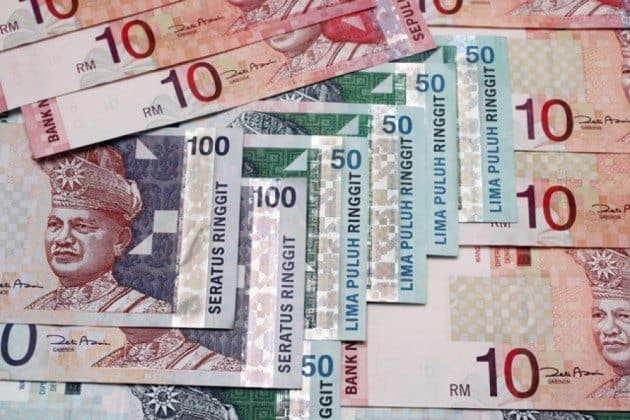 We spent an average of $170USD per day for 2 people. This included a private room and 3 meals per day. Woofta! There are so many things to get up to in Borneo and we only scratched the surface. We had originally planned more time here but ended up cutting our time short due to having a time constraint with visitors arriving. This only helped to drive that alarming average up without quieter days of less spending to offset all the activities. All in all, we don’t regret the money we spent, but we do regret not staying longer. We are already talking about a return visit.

Transportation: Our budget includes 2 flights, one in from Manila and then a flight from Kota Kinabalu to Sandakan. The rest of our time we used boats and buses, which are cheap and frequent when traveling between cities and islands.

Accommodation: We stayed in a variety of hostels, lodges and resorts while here. All private rooms, some with shared bathroom and some with private bathroom. Hostels in Sabah are affordable but they made up a small portion of the budget. The main expense came from staying at the dive resort in Mabul during our dive package. 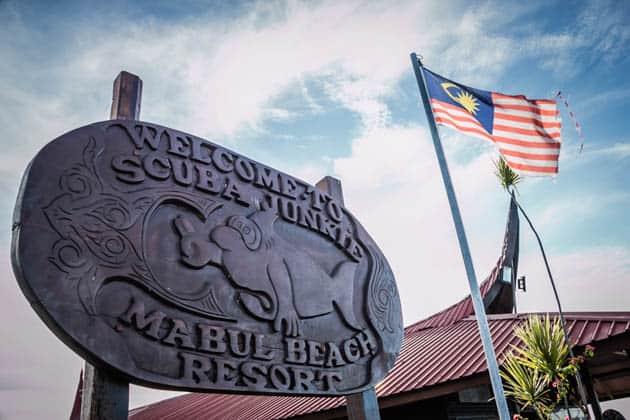 Activities:  Well, we did a lot in our short time here. We took a wildlife safari and went bird watching on the Kinabatangan River, we visited the Orangutans at Sepilok Orangutan Rehabilitation Center and we spent 4 days diving in one of the top dive spots in the world. It all adds up and makes up the majority of our expenses for this stop.

Food: Unlike the great food in Penang, we didn’t eat out much here. When we were adventuring in Sukau, our meals were included at our lodge and the same went for the dive resort on Mabul. The staple of food was rice and noodles with some sort of vegetables and usually chicken. Nothing to write home about, but it was stable and easily consumed. 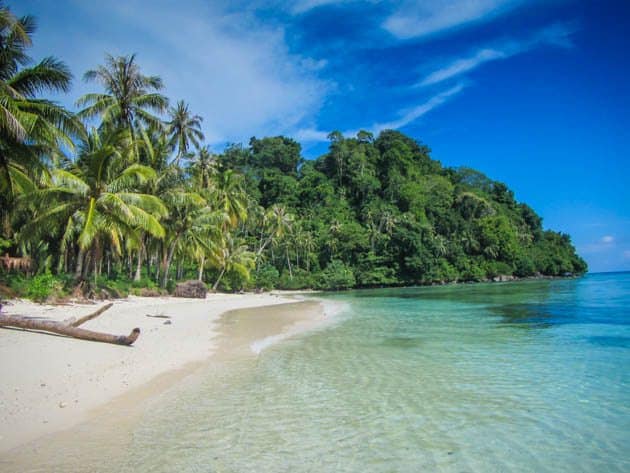 Favorite City: No cities for us in this place, here’s a photo of our Sukau Lodge! 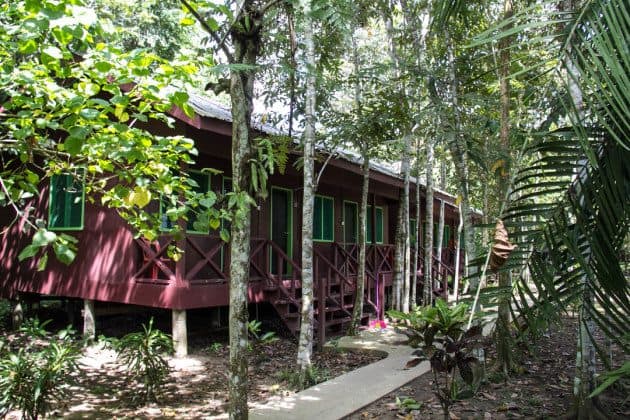 Favorite Activity: Wildlife Safari on the Kinabatangan River and diving at Sipadan Island 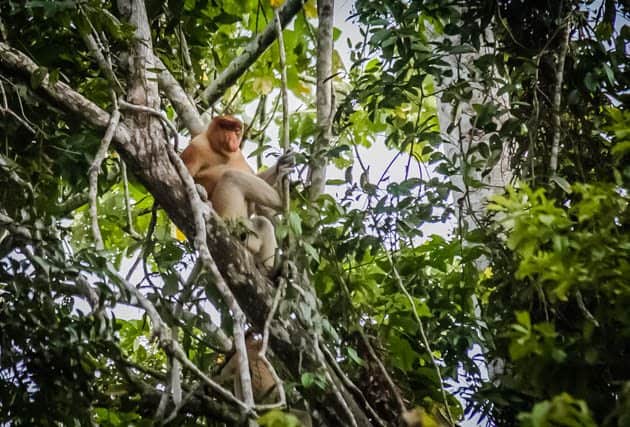 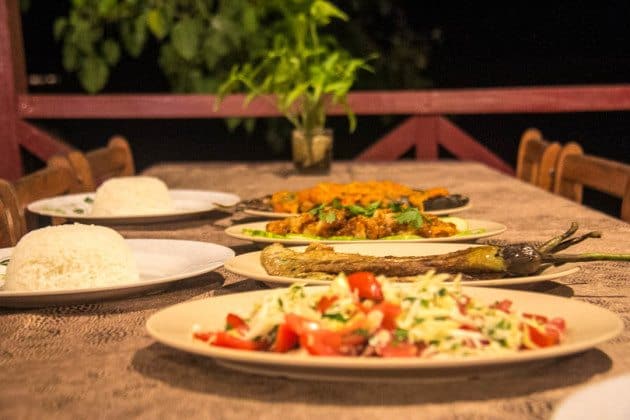